Every single event we create is an expression of the love we have for our work. From intimate gatherings to epic galas, we strive to craft the most outstanding cuisine and the most elegant, high-end presentations in the Washington DC area. Our remarkable 85-year history as a leading DC catering company motivates us to continuously invent truly unforgettable experiences.

Farm-to-table cuisine and sustainable, green practices not only create a better dining experience—they create a better company. In that spirit, Ridgewells Catering proudly gives back to non-profit organizations to support a variety of health, education, women’s and children’s issues.

The Ridgewells team is ready to transform your next event idea into reality. Read on and learn a little about what we do. 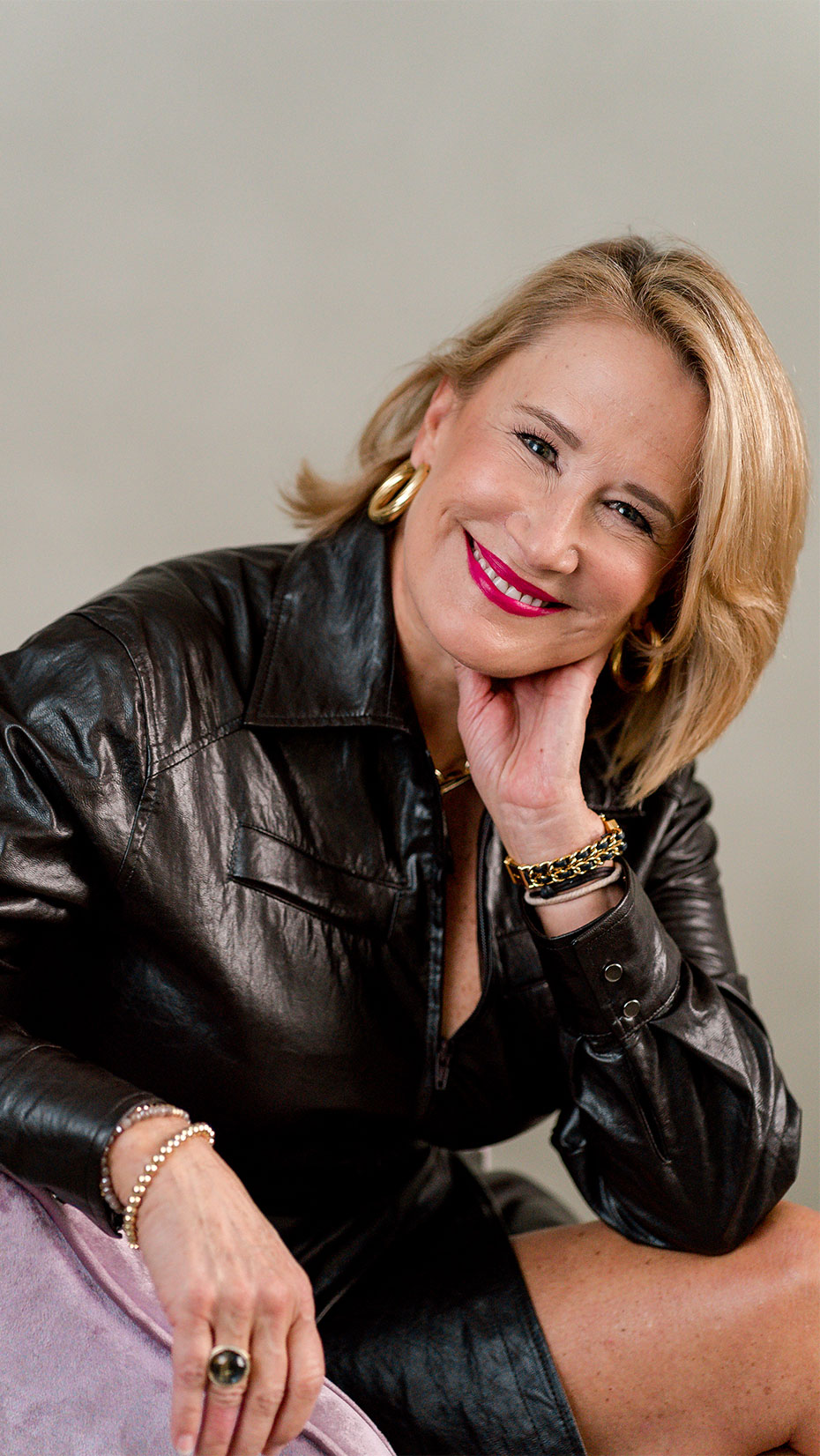 “I’ve always loved a good party,” says Susan, who has been with the Ridgewells team since 1986. Her love of entertaining was inspired by her Polish grandmother—her babcia—who often entertained large groups of guests for parties at her New Jersey farmhouse. Susan purchased Ridgewells in 1997 with her business partners and has been instrumental in the continuous growth, expansion and maintenance of the company’s corporate, social and major events portfolio. She is involved on a number of boards to include the Greater Washington Board of Trade, Junior Achievement, Marymount University and Don Bosco Cristo Rey High School. Susan was a finalist for the Ernst & Young Entrepreneur of the Year Greater Washington Award and was named one of Washington Business Journal Power 100 in 2014.  Ridgewells has received numerous industry awards, locally and nationally under her leadership to include Bethesda Magazine’s Best Caterer, Special Events Magazine, Spotlight Awards and the International Special Events Society Esprit Award for Best Event with a Legacy.
VIEW BIO Raul’s past positions include regional vice president for the Marriott Corporation and general/executive senior vice president of Europe’s Eurest Corporation, which generates over $300 million in sales and produces over 160,000 meals a day. In the United States, Raul was a key player in the development of the Flying Food Group, which enjoyed a sales jump from $25 million to $145 million within only five years.

In addition to holding several seats on food and beverage boards, Raul facilitates Total Quality Management (TQM) seminars. He is a black belt in Six Sigma, a data-driven approach that improves business capabilities. A certified public accountant, Kevin offers vast financial experience across a wide array of businesses in both the private and public sector. With broad experience in all aspects of accounting and financial management—and an expertise in budgeting, forecasting, cash flow management and financial statement reporting—Kevin has worked with Ridgewells to see the big picture and achieve bigger and better results. Before his nine-year tenure at Ridgewells, Kevin spent 26 years working for major corporations such as Unisys, Lockheed Martin and United Rentals. From optimizing profit margins to forecasting the unseen to reducing overall costs, he helps the team maximize profitability and growth. An area local, Kevin grew up in Silver Spring and graduated from James Madison University. In his free time, he enjoys sports, music and attending concerts with his children. A newcomer to the DC area, Katie is a Chicago native who always welcomes a good challenge. Thanks to a roster of big-name corporate clients, her plate is always full. Case in point: "I had a client who wanted food trucks at their event, but the site wouldn't allow the physical trucks. So, we dreamed big—I teamed up with my décor partner and we created truck facades with pass-through food windows." In her spare time, Katie chases after her young son and cheers for her Chicago Cubs. “We are so excited to have Chef Browne back with Ridgewells,” says Ridgewells CEO Susan Lacz. “Kashif has an authentic and creative point of view that stems from a wealth of unique experiences. His dishes and flavor profiles are thoughtful and vibrant, and his experience in catering, with Ridgewells in particular, makes him the perfect chef to lead our culinary program,” she adds.

Kashif is a graduate of the International Culinary School at the Art Institute of Washington, and has cooked in some of the most respected restaurants and kitchens in New York and Las Vegas and across the country, including the James Beard House.

Which chefs inspire him? “My greatest food influence is Jean-Georges Vongerichten. He is quite the innovator, which often shows in his fusion of Asian and traditional French flavors. I was fortunate enough to work at one of his top New York restaurants, Mercer Kitchen, where my skills, and love for Asian flavors, further developed,” Kashif says.

Kashif was born in Guyana, where he spent his adolescence playing cricket and other sports, and cooking alongside his mother in the kitchen. It was there he developed a love of humble ingredients and bold flavors at an early age, and he carries those memories as inspiration for his culinary philosophy today.

He is married to his high school sweetheart and they have two sons. In his spare time, he enjoys playing pool, table tennis, and, of course, cooking. Henry Hirsch knows his way around the event and culinary industry. Before Ridgewells, he worked as executive sous chef at Occasions Caterers, executive chef at Susan Gage Caterers, and product manager for CaterXpert, a catering management software company.

A graduate of the French Culinary Institute in New York, he has also worked as a line cook at Le Cirque under Chef Daniel Boulud, and at Mondrian under Chef Tom Colicchio. In the 1990s, he—along with his wife—owned and operated The Chef’s Table restaurant in Rehoboth Beach, DE.

For Henry, hospitality is at the cornerstone of the catering business. “I try every day to be sure that the big and little things we do as a company support the mission of assuring that hosts and guests have the best events possible. If guests are having fun, I’m having fun,” Henry says.

As a native Washingtonian, Henry enjoys personal connections all over the city, some of which date back to his grandfather’s businesses in the service industry. A passionate foodie, he loves to seek out unique farms, fresh markets, and out-of-the-way restaurant gems. But, he says, “my spiritual center is the water—spending time on the Chesapeake Bay or at a Delmarva beach is heaven for me.” Creative to the core—that’s Mary Margaret. With a dynamic background that includes a childhood of working in professional theater and an adult career at a North Carolina children’s museum, Mary Margaret’s love of entertaining started early. “Growing up, my job was to help set the family dinner table and it’s still my favorite thing to do. Setting the table is really setting the stage for any celebration,” she says. A self-proclaimed food lover, Mary Margaret is a big fan of Ridgewells’ Mushroom Ravioli with Mushroom Ragout—and the Chocolate Custard Pound Cake Topped with Fall Fruit Salad. In addition to her skills as an event designer extraordinaire, Mary Margaret learned how to sail last year. “Any chance I get, I’m out on the water,” she says. “And my 2016 resolution is learning calligraphy—so there’s lots of practice in my future!”

Awarded “Most Creative Solution” for “A Celebration of Historic Treasures” event

Awarded “Best Event with a Legacy” for annual ESPRIT Awards

Nominated “Best Cuisine” for “Jersey Fare on the Boardwalk” event

Awarded “Caterer of the Year” for the annual Spotlight Awards

Nominated “Most Creative Solution” for the National Elite Alpaca Auction

Creating delicious,
unbelievable experiences.
That’s what we do.

If you have a passion for catering and events, you could be just the right person to join our team. Explore our available opportunities.